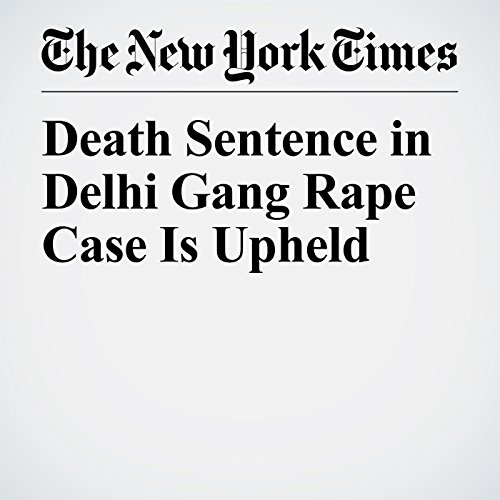 India’s Supreme Court upheld on Friday the death sentence for four men who were found guilty of raping and disemboweling a 23-year-old student on a moving bus in 2012, a crime that came to embody the menace lurking in India’s sprawling, chaotic cities.

"Death Sentence in Delhi Gang Rape Case Is Upheld" is from the May 05, 2017 World section of The New York Times. It was written by Ellen Barry and narrated by Mike DelGaudio.