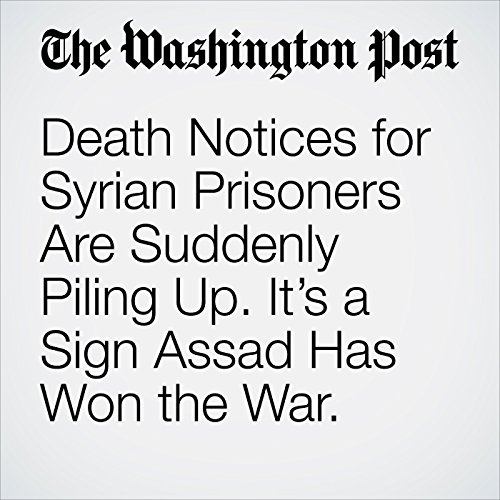 BEIRUT — The Syrian government has begun issuing death notices for political detainees at an unprecedented rate, according to groups that monitor the prisons, in an effort to resolve the fate of thousands of missing Syrians as the regime prevails in its civil war.

"Death Notices for Syrian Prisoners Are Suddenly Piling Up. It’s a Sign Assad Has Won the War." is from the July 26, 2018 World section of The Washington Post. It was written by Louisa Loveluck and Zakaria Zakaria and narrated by Sam Scholl.