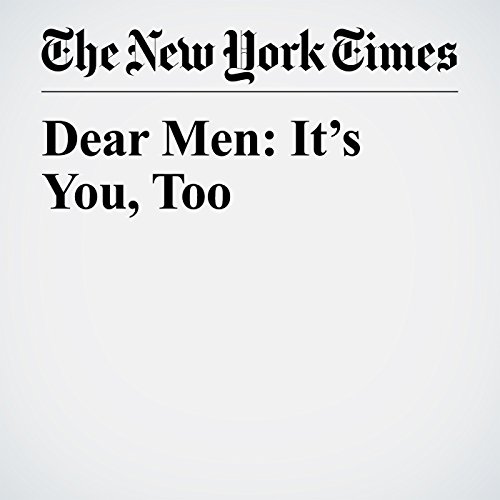 Statistics about the scope of sexual violence are always chilling, but even such accountings do little to capture the true breadth and scope of harassment and assault women face. In feminist discourse we talk about rape culture, but the people we most need to reach — the men who are the cause of the problem and the women who feel moved to excuse them — are often resistant to the idea that rape culture even exists.

"Dear Men: It’s You, Too" is from the November 03, 2017 Opinion section of The New York Times. It was written by Roxane Gay and narrated by Kristi Burns.