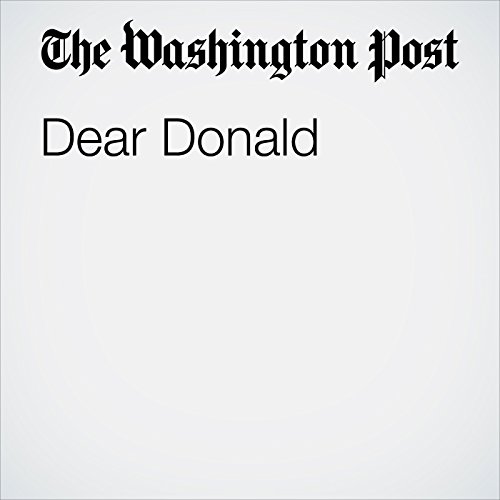 George W. Bush’s speech this last week at a forum hosted by his eponymous institute might as well have been titled “Dear Donald.” The 43rd president all but called out the current president by name as he lamented the tone and character of today’s political rhetoric.

"Dear Donald" is from the October 20, 2017 Opinion section of The Washington Post. It was written by Kathleen Parker and narrated by Sam Scholl.