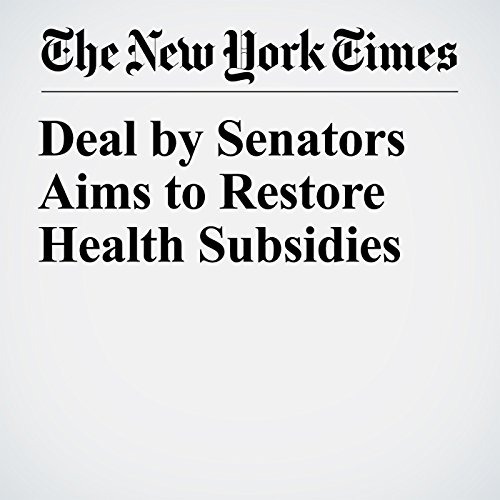 "Deal by Senators Aims to Restore Health Subsidies" is from the October 17, 2017 U.S. section of The New York Times. It was written by Thomas Kaplan and Robert Pear and narrated by Keith Sellon-Wright.