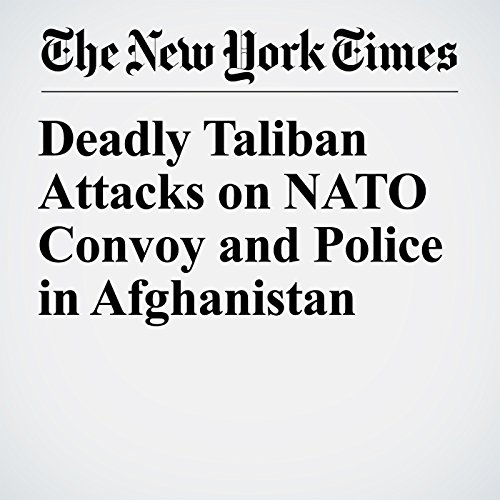 A deadly Taliban attack on police checkpoints that killed 11 officers in Helmand province and a suicide bombing of a NATO convoy that left a civilian dead capped a bloody day of violence in the restive south of Afghanistan, officials said Sunday.

"Deadly Taliban Attacks on NATO Convoy and Police in Afghanistan" is from the December 17, 2017 World section of The New York Times. It was written by Taimoor Shah and Mujib Mashal and narrated by Keith Sellon-Wright.