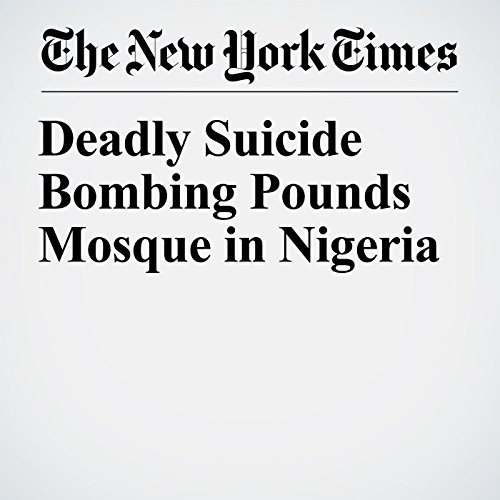 A suicide bomber set off explosives Tuesday during morning prayers in a small, crowded mosque in northeastern Nigeria in a deadly attack that comes amid a raft of similar assaults on rural communities in the region.

"Deadly Suicide Bombing Pounds Mosque in Nigeria" is from the November 21, 2017 World section of The New York Times. It was written by Dionne Searcey and Emmanuel Akinwotu and narrated by Kristi Burns.