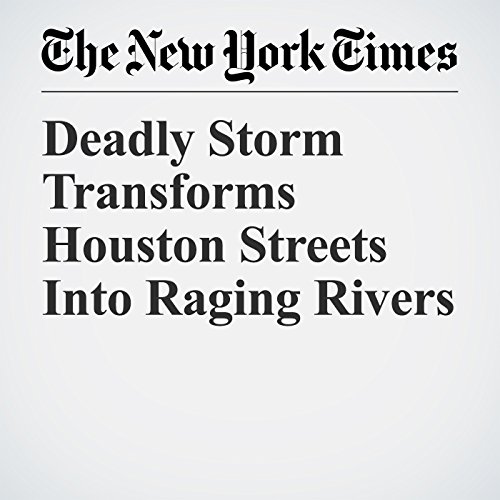 What felt like an apocalyptic onslaught of pounding rains and rapidly rising floodwaters brought the nation’s fourth-largest city to its knees Sunday, as highways and residential streets turned to rivers, waist-high waters choked off access to homes and hospitals and officials begged boat owners to pitch in with a massive and frantic rescue operation.

"Deadly Storm Transforms Houston Streets Into Raging Rivers" is from the August 27, 2017 U.S. section of The New York Times. It was written by Julie Turkewitz, Manny Fernandez and Alan Blinder and narrated by Keith Sellon-Wright.