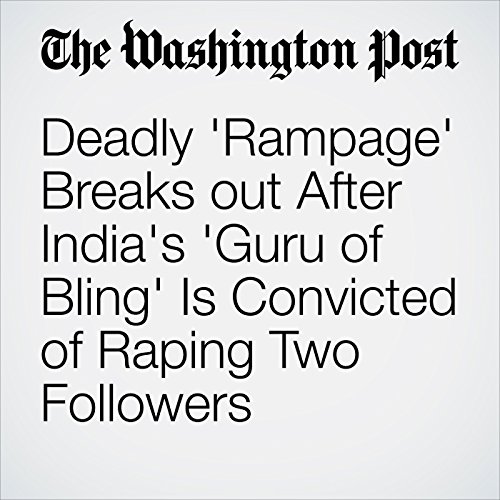 All week, followers of the Dera Sacha Sauda religious sect converged on the city of Panchkula, where a court on Friday found Gurmeet Ram Rahim Singh guilty of raping two followers, according to news reports. Police put the town on a security lockdown, the Associated Press reported.

"Deadly 'Rampage' Breaks out After India's 'Guru of Bling' Is Convicted of Raping Two Followers" is from the August 25, 2017 Morning Mix section of The Washington Post. It was written by Kyle Swenson and narrated by Jenny Hoops.