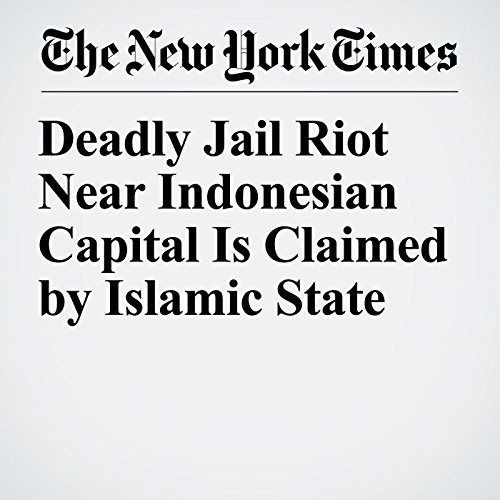 JAKARTA, Indonesia — A deadly riot involving terrorism suspects inside a high-security detention center outside Indonesia’s capital stretched into Wednesday evening, officials said, and the media arm of the Islamic State group claimed its loyalists were holding hostages there.

"Deadly Jail Riot Near Indonesian Capital Is Claimed by Islamic State" is from the May 09, 2018 World section of The New York Times. It was written by Joe Cochrane and narrated by Kristi Burns.