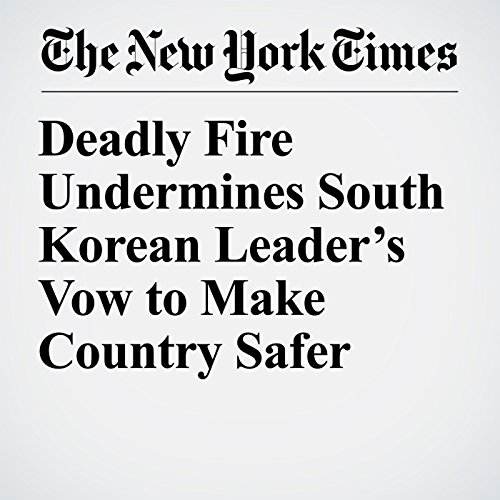 When President Moon Jae-in took power in South Korea last May, he vowed to make his disaster-prone country a safer place to live. But public skepticism over his ability to deliver has deepened with a string of tragedies in recent weeks, including a hospital fire that killed dozens of people Friday.

"Deadly Fire Undermines South Korean Leader’s Vow to Make Country Safer" is from the January 26, 2018 World section of The New York Times. It was written by Choe Sang Hun and narrated by Mike DelGaudio.