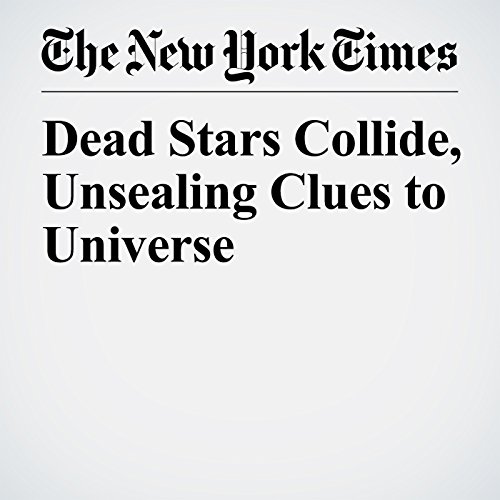 Astronomers announced Monday that they had seen and heard a pair of dead stars collide, giving them their first glimpse of the violent process by which most of the gold and silver in the universe was created.

"Dead Stars Collide, Unsealing Clues to Universe" is from the October 16, 2017 Science section of The New York Times. It was written by Dennis Overbye and narrated by Kristi Burns.