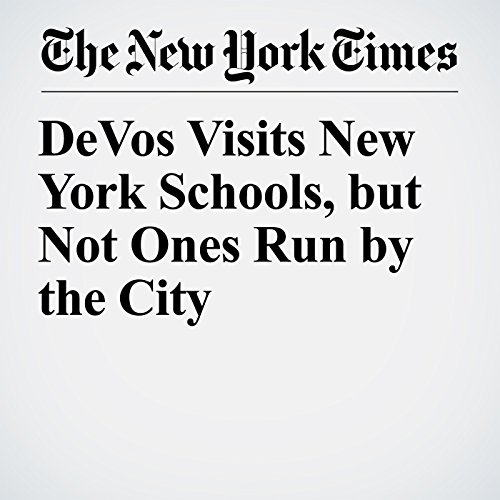 Education Secretary Betsy DeVos toured two New York City schools on Tuesday and Wednesday, but the city’s public schools, with their 1.1 million students, were not among them.

"DeVos Visits New York Schools, but Not Ones Run by the City" is from the May 16, 2018 U.S. section of The New York Times. It was written by Sharon Otterman and narrated by Keith Sellon-Wright.