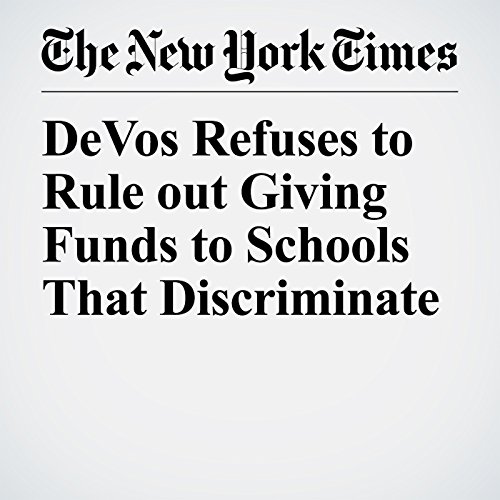 Betsy DeVos, the education secretary, on Wednesday fiercely defended budget plans to spend $1.4 billion on the Trump administration’s expanded school choice agenda, but refused to say whether her office would withhold funds from private schools that discriminate against students.

"DeVos Refuses to Rule out Giving Funds to Schools That Discriminate" is from the May 24, 2017 U.S. section of The New York Times. It was written by Erica L. Green and narrated by Keith Sellon-Wright.