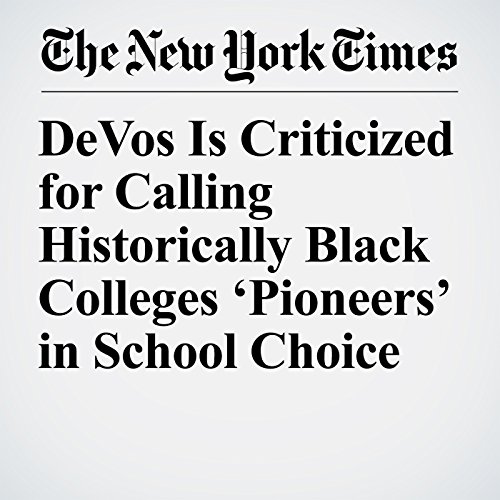 The education secretary, Betsy DeVos, is facing a fierce backlash after she called historically black colleges and universities “real pioneers when it comes to school choice.”

"DeVos Is Criticized for Calling Historically Black Colleges ‘Pioneers’ in School Choice" is from the February 28, 2017 U.S. section of The New York Times. It was written by Yamiche Alcindor and narrated by Fleet Cooper.