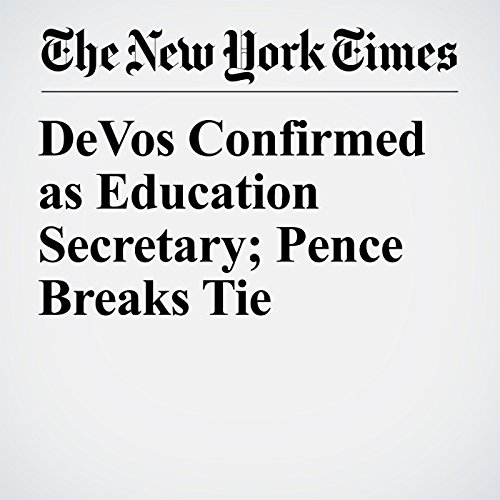 The Senate confirmed Betsy DeVos on Tuesday as education secretary, approving the embattled nominee only with the help of a historic tiebreaking vote from Vice President Mike Pence.

"DeVos Confirmed as Education Secretary; Pence Breaks Tie" is from the February 07, 2017 U.S. section of The New York Times. It was written by Emmarie Huetteman and Yamiche Alcindor and narrated by Fleet Cooper.