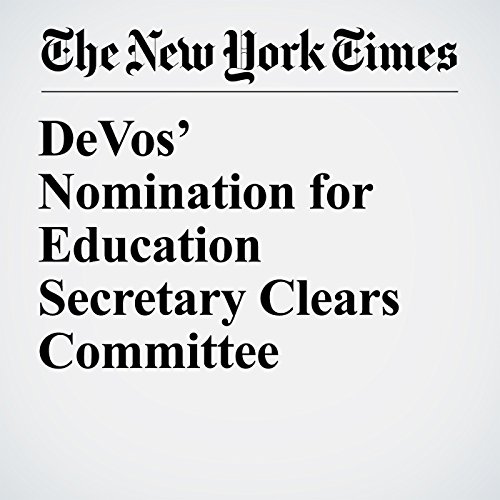 After contentious confirmation hearings, protests across the country and two rounds of voting, Betsy DeVos cleared the first hurdle in her path to becoming secretary of education on Tuesday with a party-line vote in the Senate Committee on Health, Education, Labor and Pensions that advanced her nomination to the Senate floor.

"DeVos’ Nomination for Education Secretary Clears Committee" is from the January 31, 2017 U.S. section of The New York Times. It was written by Yamiche Alcindor and narrated by Keith Sellon-Wright.