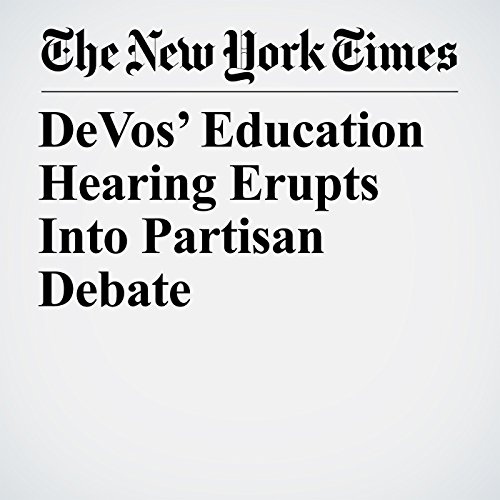 "DeVos’ Education Hearing Erupts Into Partisan Debate" is from the January 17, 2017 U.S. section of The New York Times. It was written by Kate Zernike and Yamiche Alcindor and narrated by Caroline Miller.