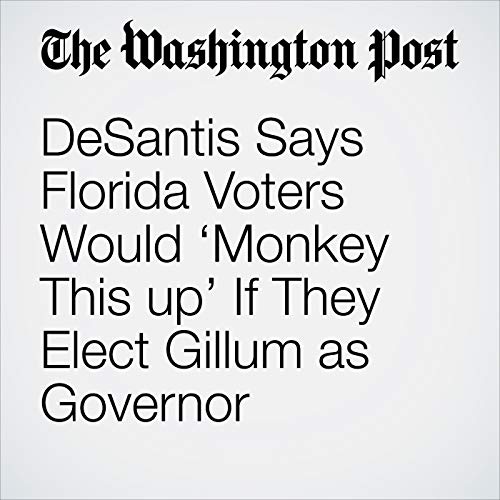 Rep. Ron DeSantis, the newly christened Republican gubernatorial candidate in Florida, said Wednesday that voters would “monkey this up” if they elect his Democratic opponent, Andrew Gillum, who would be the state’s first African American governor.

"DeSantis Says Florida Voters Would ‘Monkey This up’ If They Elect Gillum as Governor" is from the August 29, 2018 Politics section of The Washington Post. It was written by John Wagner and narrated by Sam Scholl.