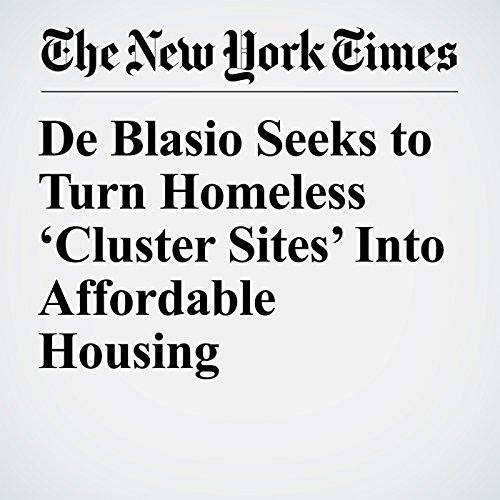 Mayor Bill de Blasio is taking a large step toward ending that reliance: On Tuesday, de Blasio is expected to announce a plan to essentially convert many of the homeless apartments into affordable housing, hoping to solve a problem that has worsened over his first term.

"De Blasio Seeks to Turn Homeless ‘Cluster Sites’ Into Affordable Housing" is from the December 12, 2017 U.S. section of The New York Times. It was written by Nikita Stewart and narrated by Keith Sellon-Wright.