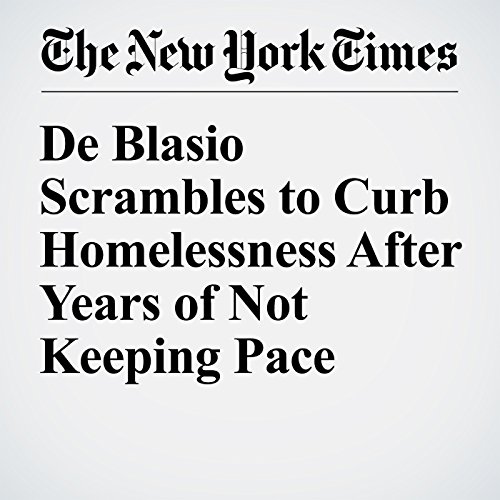 Then, for eight months, the city stopped opening shelters.

"De Blasio Scrambles to Curb Homelessness After Years of Not Keeping Pace" is from the January 12, 2017 U.S. section of The New York Times. It was written by J. David Goodman and Nikita Stewart and narrated by Caroline Miller.