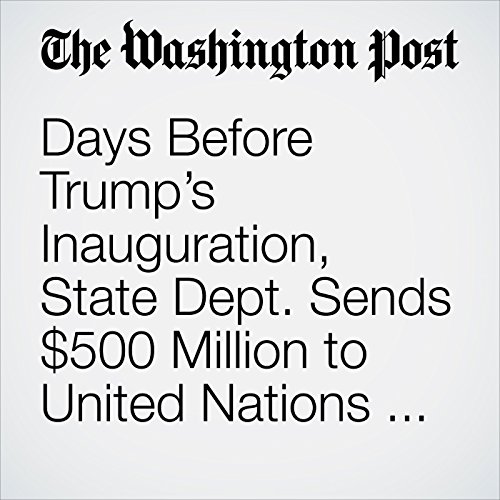 "Days Before Trump’s Inauguration, State Dept. Sends $500 Million to United Nations Climate Fund" is from the January 17, 2017 Energy and Environment section of The Washington Post. It was written by Chris Mooney and narrated by Sam Scholl.