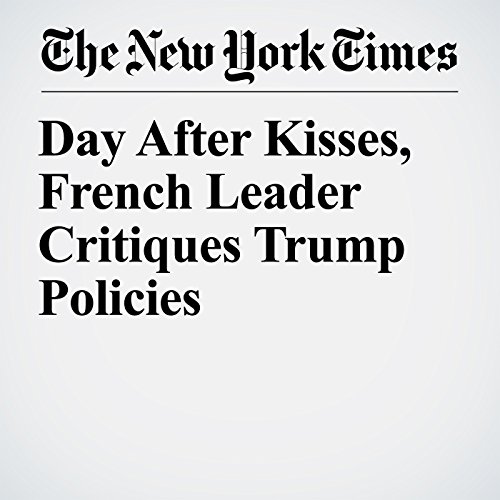 One day after President Emmanuel Macron of France and President Donald Trump showered each other with praise, the French president spoke more critically of his host’s foreign policy, trade and environmental decisions in a speech to Congress that amounted to an implicit rebuke of Trump’s “America First” approach.

"Day After Kisses, French Leader Critiques Trump Policies" is from the April 26, 2018 World section of The New York Times. It was written by Julie Hirschfeld Davis and narrated by Kristi Burns.