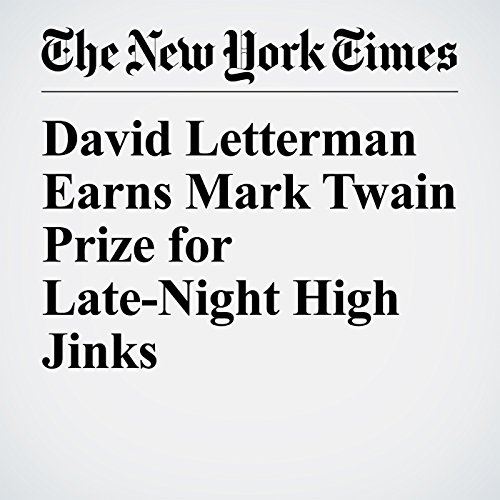 It was all because of a 1978 appearance on Johnny Carson’s “Tonight Show,” the story goes, that David Letterman found his audience.

"David Letterman Earns Mark Twain Prize for Late-Night High Jinks" is from the October 23, 2017 Entertainment section of The New York Times. It was written by Noah Weiland and narrated by Kristi Burns.