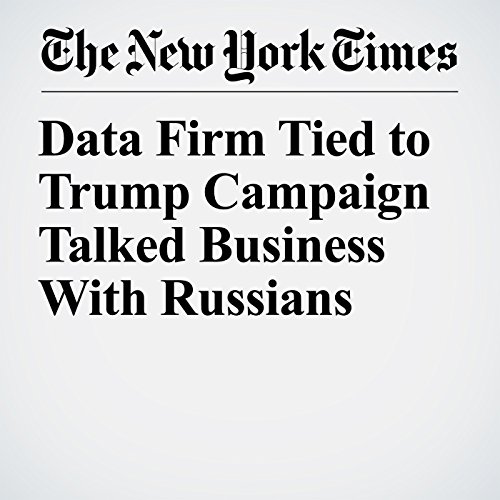 When the Russia question came up during a hearing at the British Parliament last month, Alexander Nix did not hesitate.“We’ve never worked in Russia,” said Nix, head of a data consulting firm that advised the Trump campaign on targeting voters

"Data Firm Tied to Trump Campaign Talked Business With Russians" is from the March 17, 2018 U.S. section of The New York Times. It was written by Danny Hakim and Matthew Rosenberg and narrated by Keith Sellon-Wright.