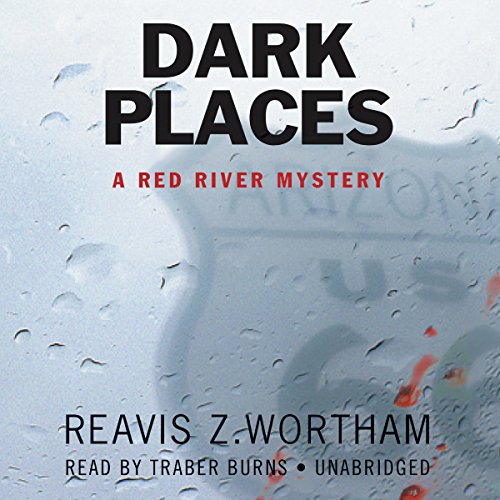 At the tail end of 1967, the Parker family once again finds it impossible to hide from a world spinning out of control. Fourteen-year-old Top still can't fit in with their Center Springs, Texas, community, and his near-twin cousin, Pepper, does the only thing she can conceive to escape her own demons: she joins the Flower Children flocking to California - just as three businessmen are murdered in the Red River bottoms on the same night as a deadly hit and run.

Constable Ned Parker wonders if these crimes are connected, but when Pepper disappears, he follows, leaving the investigation in the hands of Sheriff Cody Parker, who hires Deputy Anna Sloan, an investigator with an eye for detail. Following her instincts, she trails killers through a world nearly forgotten, the hunt's backdrop one of continuous rain, gloomy skies, and floods. When an ambush nearly kills her, the investigation accelerates into gunfire, chases, and hair-raising suspense while out on Route 66 to California, a man named Crow isn't what he seems.

Lies, deception, and a band of outlaw motorcyclists prove to the Parkers that no matter where you turn, no matter what you do, the world is full of such darkness that even grandmothers are capable of unspeakable deeds.

The authentic old school Texas sayings and slang used throughout the book is awesome. It is the reason I enjoy these books as I'm reminded of my grandparents and their friends. However, the word slough (lowland water area) does not rhyme with plow in Texas. It rhymes with threw or kangaroo.

Would you consider the audio edition of Dark Places to be better than the print version?

What was one of the most memorable moments of Dark Places?

The horrible ambush of the new deputy.

All this series. He is the perfect choice to match the mood and depth of all the characters.

The bridge crossing taking Anna to the hospital.

I just listened to all five books over the 4th of July weekend and I would just like to say that the reviewer that linked these books to To Kill A Mockingbird has hit the perfect chord. This is the greatest blend of a coming of age journey as it encounters the terrors of adulthood, especially in a small town from America's past.

I stumbled across the first if this series. Glad I did. Each one has only gotten better.
good, clean old fashioned fun. I really like the way the youngsters are portrayed . . . like normal kids, exploring the world around them. And I truly wish the kids today had half the manners that these two have.

Pepper's Attempt to Join the Hippies

It's 1967, the era of the best music ever, and the onslaught of the drug scene, long hair, bell bottoms, Vietnam and a time of testing everything that had gone before. Pepper's restlessness only intensifies as she gets further into her teen years, and California looks like the promised land to her. Still full of p**s and vinegar, with a mouth like a sailor's, Pepper, looking for a way to escape the one-horse town of Cedar Springs, Texas, finally runs off with Cale Westlake, who had some ill-gotten money in his pocket. It isn't long before the two are in deep trouble, but the stubborn Pepper takes a good while to admit it. With Ned and Pepper's father following and searching for them, the two teens stay one step ahead. Meanwhile back home, Sheriff Cody Parker is left to handle a brutal murder with the help of new Deputy Anna Sloan. This is a wonderful, fast paced, at times funny, tale of family and of both Top and Pepper's coming of age at a time in history that changed America. I've grown to LOVE all these folks, especially Constable Ned and Mrs. Becky Parker, Judge Rains, Cody, Pepper and Top. Excellent series!

Its great to read another continuation of stories based on the same characters. Its like living in the same small town as the Parker family.

Great story and the reader or narrator was excellent.
I have really enjoyed the Red River series.
Please carry on.

Reavis Wortham and Traber Burns are an audiobook made in heaven. I can't get enough of this series. Please keep them coming. #SmallTown #Funny #Entertaining #tagsgiving #sweepstakes

Five stars for the fifth of six

I'm heading into the sixth and most recent episode of this series having marathoned my way through after discovering this gem of a series. There are cliff hangers in every one. But that's not why I like them.
I grew up in L.A. but we spent many summers in east TN. with grandparents like Top's in a community like Center Springs. The summer after Kennedy was shot we also went through Dallas to visit a friend of my mom's before driving on to TN. Every place in these stories resonate in me. And when I heard the music of MY hometown while sitting under a tree in that hot humid landscape, I felt very far away indeed from home. Driving Route 66 and across the south during the unpredictable 60's was very strange. You speak true.
Thank you for taking me down that road again.