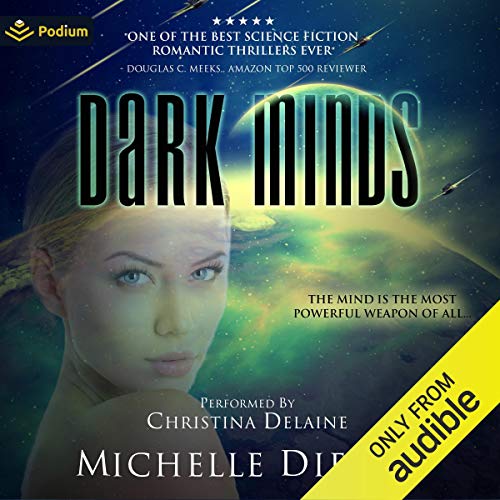 The mind is the most powerful weapon of all.

Imogen Peters knows she's a pawn. She's been abducted from Earth, held prisoner, and abducted again. So when she gets a chance at freedom, she takes it with both hands, not realizing that doing so will turn her from pawn to kingmaker.

Captain Camlar Kalor expected to meet an Earth woman on his current mission, he just thought he'd be meeting her on Larga Ways, under the protection of his Battle Center colleague. Instead, he and Imogen are thrown together as prisoners in the hold of a Class 5 battleship. When he works out she's not the woman who sparked his mission, but another abductee, Cam realizes his investigation just got a lot more complicated, and the nations of the United Council just took a step closer to war.

Imogen's out of her depth in this crazy mind game playing out all around her, and she begins to understand her actions will have a massive impact on all the players. But she's good at mind games. She's been playing them since she was abducted. Guess they should have left her minding her own business back on Earth.

Third book in the series does not disappoint.

If you enjoyed the first two episodes you will enjoy this one. You do have to suspend belief somewhat - without giving too much away - that 3 earthings would respond in such similar and admirable ways to adversity.
However I found I could overcome that and enjoyed the 3rd instalment immensely - to the exclusion of other things I should have been doing.

I love this series, can't wait for the next book . Please Michelle keeps them coming. If you are thinking to start reading a new series start reading this one it is fabulous and the narrator is wonderful.

Same as the first two books in the series

This is basically a repeat of the first two books. Nothing new. Struggled to finish it.

The interest is still there.

Very good series, enjoyable and romantic . Good narration which helps to keep the interest. A book to listen to again when in the mood for this genre.

Thrilling conclusion to the series

An intelligent and complex storyline with effortlessly enjoyable world building and detail. All the characters, human, alien and AI,were very well written and likeable. A rare treat. I would definitely recommend all three books in the series, best read in order: Dark horse, Dark Deeds, Dark minds.