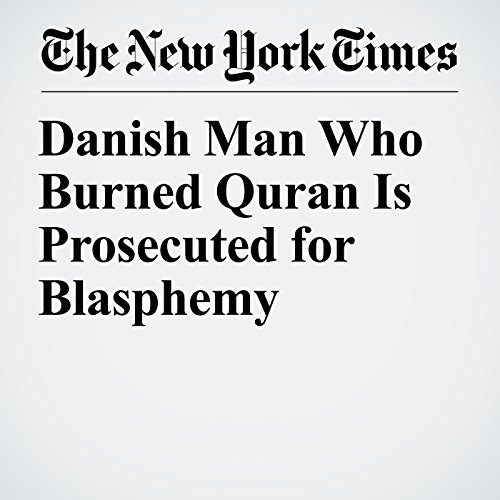 Danish Man Who Burned Quran Is Prosecuted for Blasphemy

A 42-year-old man who burned a Quran and posted a video of it on Facebook has been charged with blasphemy in Denmark, a striking decision by prosecutors in a country that is largely secular but has grappled with the role of Islam in public life.

"Danish Man Who Burned Quran Is Prosecuted for Blasphemy" is from the February 24, 2017 World section of The New York Times. It was written by Kimiko De Freytas Tamura and narrated by Barbara Benjamin-Creel.