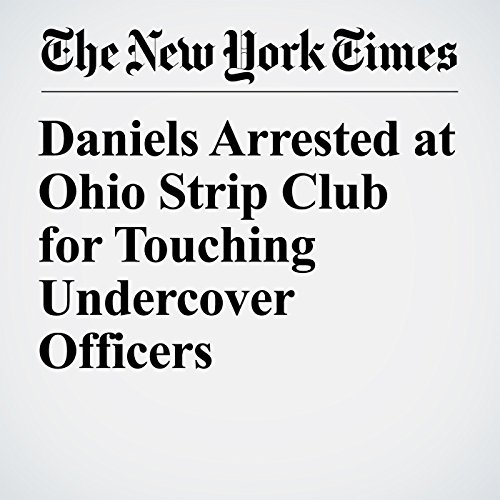 Stephanie Clifford, the pornographic film actress who said she had an affair with Donald Trump before he became president, was arrested and charged with three misdemeanors at a strip club in Columbus, Ohio, her lawyer said Thursday.

"Daniels Arrested at Ohio Strip Club for Touching Undercover Officers" is from the July 12, 2018 U.S. section of The New York Times. It was written by Christine Hauser and Jason M. Bailey and narrated by Keith Sellon-Wright.