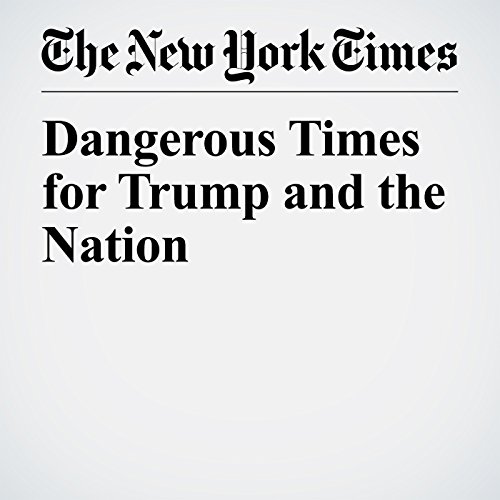 By firing James Comey as FBI director, President Trump set in motion the appointment Wednesday evening of Robert Mueller as special counsel. Mueller is a Trump nightmare: A pro who ran the FBI for 12 years and is broadly respected by both parties in Washington for his competence and integrity. If Trump thought he was removing a thorn by firing Comey, he now faces a grove of thistles.

"Dangerous Times for Trump and the Nation" is from the May 17, 2017 Opinion section of The New York Times. It was written by Nicholas Kristof and narrated by Kristi Burns.