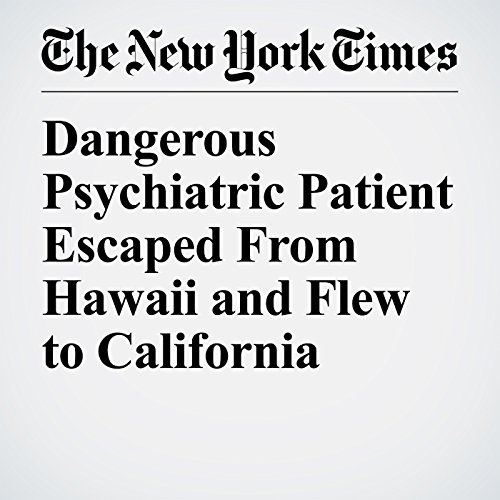 Around 9 a.m. Sunday, a man who called himself Bill walked out of his home in Kaneohe, Hawaii, and took a cab to the airport. He chartered a flight from Oahu to Maui, then flew from Maui to San Jose, California, where he landed at 7:30 p.m. local time. The journey was uneventful.

"Dangerous Psychiatric Patient Escaped From Hawaii and Flew to California" is from the November 16, 2017 U.S. section of The New York Times. It was written by Maggie Astor and narrated by Keith Sellon-Wright.