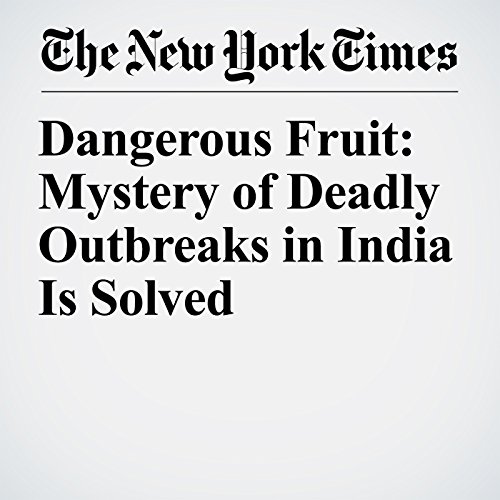 A joint investigation by India’s National Center for Disease Control and the India office of the Centers for Disease Control and Prevention in Atlanta, published in the British medical journal The Lancet Global Health on Tuesday, has identified a surprising culprit: the lychee fruit itself, when eaten on an empty stomach by malnourished children.

"Dangerous Fruit: Mystery of Deadly Outbreaks in India Is Solved" is from the January 31, 2017 World section of The New York Times. It was written by Ellen Barry and narrated by Caroline Miller.