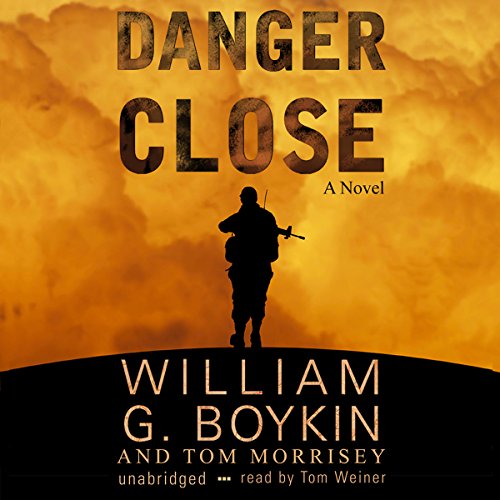 Barely into his 20s and already a highly decorated military hero, Army Special Forces veteran Blake Kershaw is now going to college, studying while recuperating from wounds received in Afghanistan, and planning to reenter the army as an officer after graduation. But life tosses Blake a curve when his country approaches him about using his special skills to avert a terrorist plot to detonate a nuclear device in a major eastern US city. To do that, he would need to become an operative deep within al-Qaeda’s innermost circles—changing his entire identity, even his face. A true patriot, Blake makes the journey into a shadow world that leaves friends, family, and, seemingly, even God far behind. But when things go terribly wrong, and his country looks set to destroy him, it is God and God’s people who intervene.

Great story from a believer!

This man is a believer in Jesus Christ, and has lived most of what he writes about. The story has similarities to Vince Flynn's Memorial Day, which was also great. Though this story is still definitely unique. I really like that Boykin weaves faith in Jesus Christ into the story.

I'm former Army in Afghanistan and Iraq, so I resonated with a lot of components of this story.

The narrator at first was reading too fast and with a staccato rhythm, but I sort of adapted to it--should have been a bit slower throughout. The narrator was excellent in using realistic voices for all the different characters, and he does an spectacular job of this.

The chapter breaks and development order were excellent. I really was impressed with how this was done.

It’s hard to find the books I like with a good Christian overtones. Looking forward to your next book

This is the first book I’ve read by Boykin, and hopefully it won’t be the last. While I do have a few criticisms of the performance and story, overall, it’s a solid story and performance, between a 4 and 5 star rating, depending on how critical I want to be. In short, if you like action, Boykin and Morrisey deliver, and for that, I recommend! It's a tight story and worth the time. Christian, and faith-based fiction for guys is sparse, and finding them in audio format is even more difficult. Here's a big thanks to Blackstone Audio and Audible for making it available! First, I want to say, it would have been nice if the characters were given a little more personality, instead of just facts, but at least the story isn’t so bogged down with useless information to the point that there's a loss of interest for the details. I like to hear a little bit about what's going on in the characters' heads, like in Lee Child's Jack Reacher series, but you won't find that here. Blake Kershaw is a straight forward good guy, an American patriot, a military hero, Army Special Forces, who is literally willing to lay down everything for his country. He is put to the test when asked to assume the identity of a convict who joined al-Qaeda while incarcerated. [Spoiler Alert] I anticipated more tension, regarding his new identity. It would have been interesting to have him targeted by the government as a suspected terrorist, running for his life, trying to prove his innocence, while trying to neutralize the threat. I kind of thought that was the direction the story was going, from the summary, but it never really took shape that way. There was only one brief altercation regarding his identity, and it was no more than a footnote. Perhaps the authors were trying to keep it more believable. I liked the romance development between him and his CIA colleague, but it could have used some more development. I'd like to see more work by this team, and with a little bit more definition.

Who ever do these audible readings I wish they would use women to read women’s lines.it’s soooo lame hearing a man try to sound like a woman

Enjoyed the story, but not my favorite narrator.

Enjoyed the story, but not my favorite narrator. His voices were to much alike for some of the characters.

The book is extremely enjoyable because it touches on a subject that is real and emotional in our lives, not knowing the next terrorist attack. A good book and a good storyline.

Too real for me

Very well written and a good story, but it seems like a disturbing reality, and I personally cannot emotionally take in all the details. I wanted to know the end, so I actually then skipped to the end.

not bad but wouldn't want to use credit for it

I like that the hero and all the good guys are Chrstian with strong faith. The writing itself isn't all that great and the story is a bit shaking but in the end not too bad.

As a Christian and someone who enjoys military style thrillers, I have to say that this is one that I will likely listen to multiple times. I think Tom Clancy would approve, and I am certain God does. Definitely worth your time to indulge in this story.