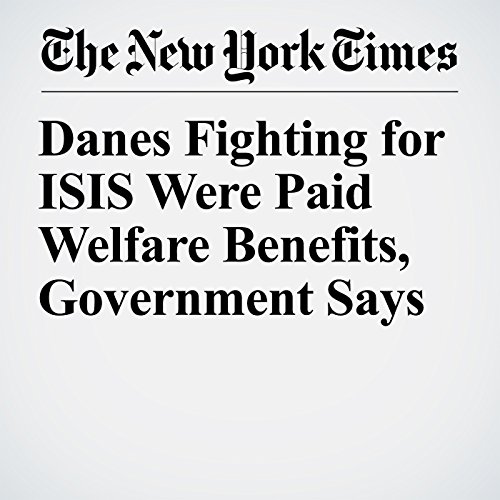 The Danish government has been inadvertently paying benefits to citizens fighting for the Islamic State in Syria, Danish officials said Tuesday, as outrage grows that militants are manipulating the country’s generous welfare system.

"Danes Fighting for ISIS Were Paid Welfare Benefits, Government Says" is from the February 21, 2017 World section of The New York Times. It was written by Dan Bilefsky and narrated by Kristi Burns.