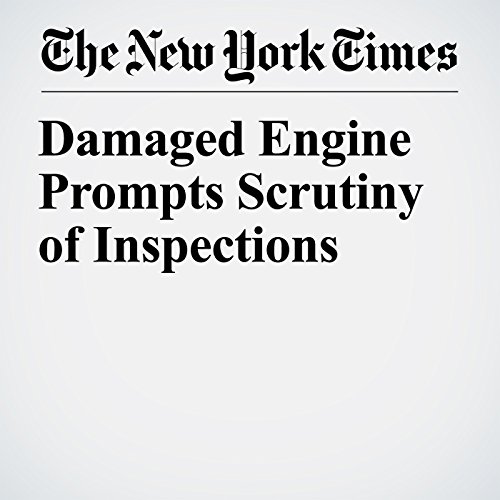 When a Southwest Airlines plane was inspected Sunday, no problems with the aircraft or its engines were uncovered.Two days later, an engine on the plane broke apart shortly after takeoff from LaGuardia Airport in New York, killing a woman sitting in a window seat near the blast.The accident is focusing renewed scrutiny on the engine inspection process.

"Damaged Engine Prompts Scrutiny of Inspections" is from the April 18, 2018 Business section of The New York Times. It was written by Natalie Kitroeff, Christine Negroni, Zach Wichter and narrated by Keith Sellon-Wright.