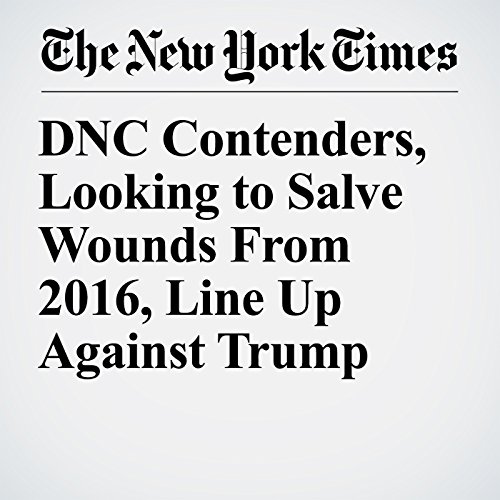 DNC Contenders, Looking to Salve Wounds From 2016, Line Up Against Trump

The outpouring of protests across the country has scrambled the contest for chairman of the Democratic National Committee two weeks before the vote, as party activists thrash out who should be the face of a newly energized party.

"DNC Contenders, Looking to Salve Wounds From 2016, Line Up Against Trump" is from the February 12, 2017 U.S. section of The New York Times. It was written by Jonathan Martin and narrated by Keith Sellon-Wright.