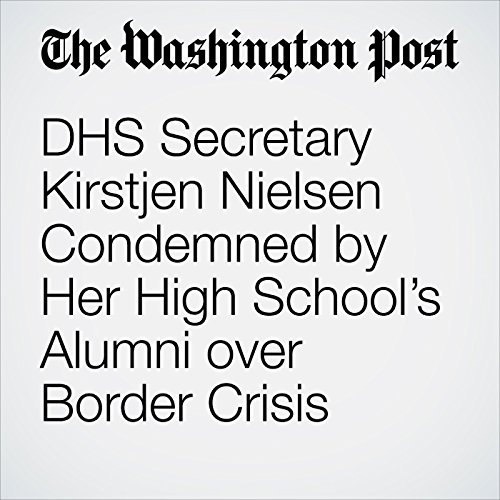 Hundreds of alumni from the high school that Homeland Security Secretary Kirstjen Nielsen attended in Florida have penned a letter expressing outrage about the harsh immigration policies instituted in part by Nielsen that have resulted in the separation of thousands of children from their parents, and asking school officials to condemn them.

"DHS Secretary Kirstjen Nielsen Condemned by Her High School’s Alumni over Border Crisis" is from the June 20, 2018 National section of The Washington Post. It was written by Eli Rosenberg and narrated by Sam Scholl.