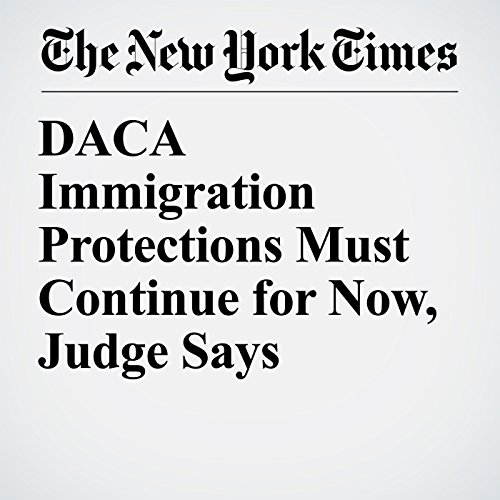 In the middle of an intense political fight about the program that shields from deportation young immigrants who were brought illegally to the United States as children, a federal judge in California late Tuesday issued a nationwide injunction ordering the Trump administration to start the program back up again.

"DACA Immigration Protections Must Continue for Now, Judge Says" is from the January 10, 2018 U.S. section of The New York Times. It was written by Michael D. Shear and narrated by Keith Sellon-Wright.