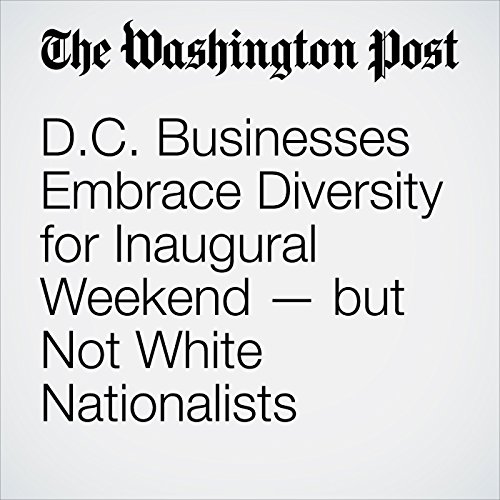 The causes vary from apolitical organizations such as health centers and an operator of farmers markets to groups that Trump or his Republican supporters have vocally opposed — abortion rights groups such as Planned Parenthood and NARAL, the Council on American-Islamic Relationship, the American Civil Liberties Union and those focusing on LGBTQ rights.

"D.C. Businesses Embrace Diversity for Inaugural Weekend — but Not White Nationalists" is from the January 20, 2017 Politics section of The Washington Post. It was written by Tracy Jan and narrated by Jenny Hoops.