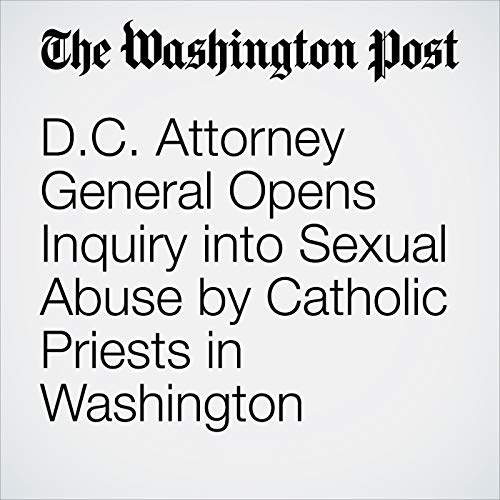 D.C. Attorney General Karl A. Racine said Tuesday that his office has begun an investigation of sexual abuse by Catholic clergy in the archdiocese of Washington, the latest in a string of state-level law enforcement officials now looking into the Catholic Church’s handling of abuse complaints.

"D.C. Attorney General Opens Inquiry into Sexual Abuse by Catholic Priests in Washington" is from the October 23, 2018 Politics section of The Washington Post. It was written by Peter Jamison andMichelle Boorstein and narrated by Sam Scholl.