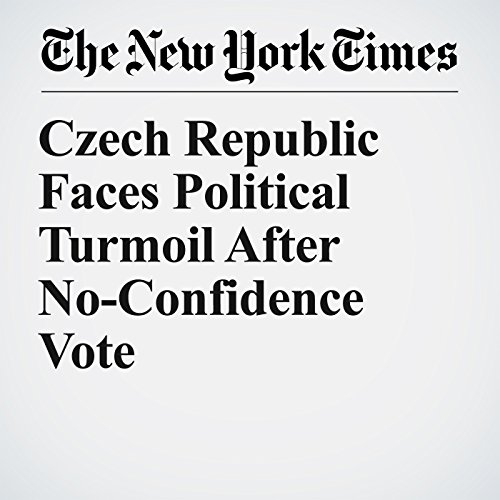 The Czech Parliament rejected the minority government of Prime Minister Andrej Babis in a no-confidence vote Tuesday, a move that is likely to prompt weeks, if not months, of further political wrangling.

"Czech Republic Faces Political Turmoil After No-Confidence Vote" is from the January 16, 2018 World section of The New York Times. It was written by Hana De Goeij and narrated by Keith Sellon-Wright.