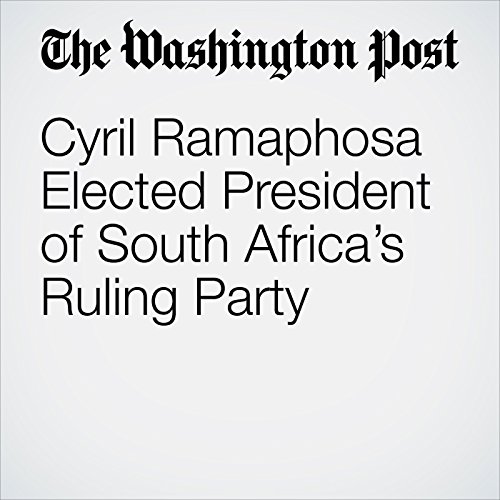 South Africa’s ruling party on Monday chose Cyril Ramaphosa, a reformer who helped negotiate the end of apartheid, to succeed President Jacob Zuma as the president of the African National Congress and likely the country’s next leader.

"Cyril Ramaphosa Elected President of South Africa’s Ruling Party" is from the December 18, 2017 World section of The Washington Post. It was written by Peter Granitz and narrated by Sam Scholl.