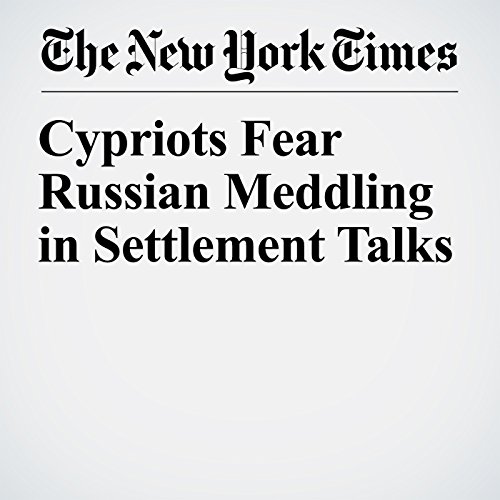 As the United Nations geared up for negotiations that it declared the “best and last chance” to unite Cyprus after more than four decades of acrimonious division, Russia’s ambassador attended a seminar dedicated to derailing any prospect of an agreement between Greek and Turkish Cypriots.

"Cypriots Fear Russian Meddling in Settlement Talks" is from the February 05, 2017 World section of The New York Times. It was written by Andrew Higgins and narrated by Kristi Burns.