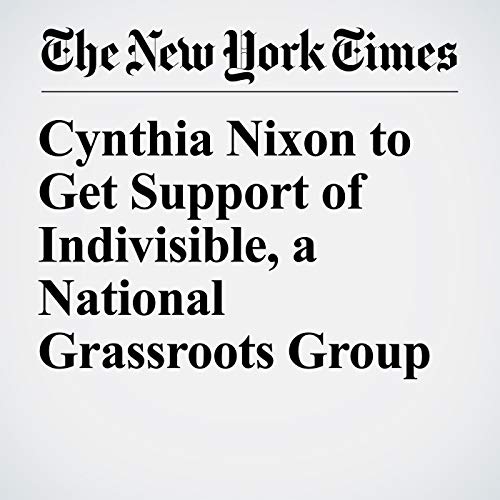 Cynthia Nixon’s insurgent bid to unseat Gov. Andrew M. Cuomo will get a lift Monday: The national arm of Indivisible, the liberal grass-roots network that sprang up following the election of President Donald Trump, will endorse her.

"Cynthia Nixon to Get Support of Indivisible, a National Grassroots Group" is from the July 30, 2018 U.S. section of The New York Times. It was written by Shane Goldmacher and narrated by Kristi Burns.