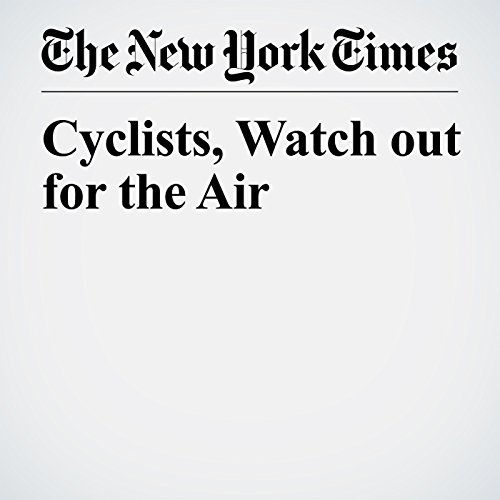 On weekdays, Darby Jack bicycles the 15 miles from his home in the Clinton Hill neighborhood of Brooklyn, in New York City, to his office at Columbia University’s Mailman School of Public Health in Washington Heights. Unlike most people who bike to work, the 42-year-old assistant professor of environmental health wears sensors that monitor how much air he breathes in during the trip, along with air pollution levels along his route.

"Cyclists, Watch out for the Air" is from the July 10, 2017 Science section of The New York Times. It was written by Richard Schiffman and narrated by Kristi Burns.