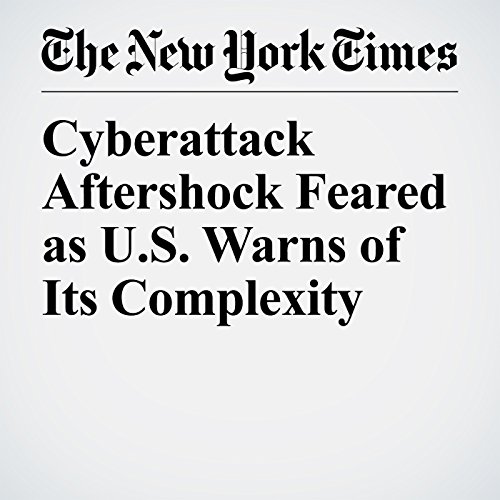 The components of the global cyberattack that seized hundreds of thousands of computer systems last week may be more complex than originally believed, a Trump administration official said Sunday, and experts warned that the effects of the malicious software could linger for some time.

"Cyberattack Aftershock Feared as U.S. Warns of Its Complexity" is from the May 15, 2017 World section of The New York Times. It was written by David E. Sanger, Sewell Chan and Mark Scott and narrated by Keith Sellon-Wright.