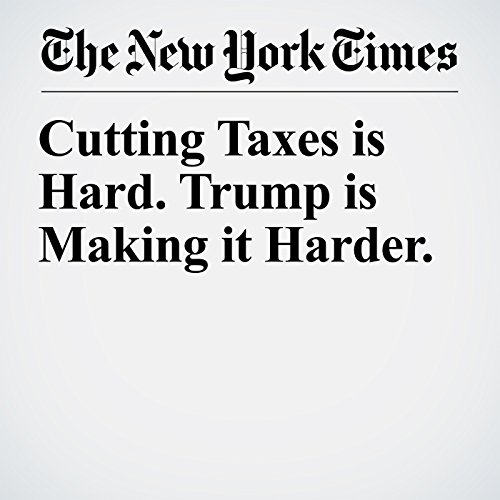 President Donald Trump said Monday that he would oppose any effort to reduce the amount of pretax income that American workers can save in 401(k) retirement accounts, effectively killing an idea Republicans were mulling as a way to help pay for a $1.5 trillion tax cut.

"Cutting Taxes is Hard. Trump is Making it Harder." is from the October 23, 2017 U.S. section of The New York Times. It was written by Jim Tankersley and narrated by Keith Sellon-Wright.