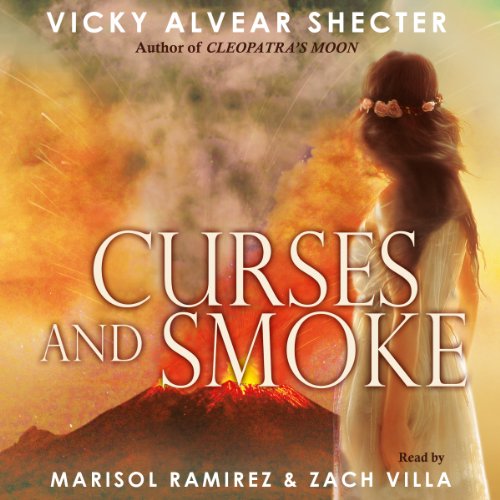 When your world blows apart, what will you hold on to?

Tag is a medical slave, doomed to spend his life healing his master's injured gladiators. But his warrior's heart yearns to fight in the gladiator ring himself and earn enough money to win his freedom.

Lucia is the daughter of Tag's owner, doomed by her father's greed to marry a much older Roman man. But she loves studying the natural world around her home in Pompeii, and lately she's been noticing some odd occurrences in the landscape: small lakes disappearing; a sulfurous smell in the air...

When the two childhood friends reconnect, each with their own longings, they fall passionately in love. But as they plot their escape from the city, a patrician fighter reveals his own plans for them - to Lucia's father, who imprisons Tag as punishment. Then an earthquake shakes Pompeii, in the first sign of the chaos to come. Will they be able to find each other again before the volcano destroys their whole world?

I was blown away the amount research the author did. great story very. historically accurate

Bad choice on my part, at least that is what I am hoping!
A sad little novel filled with a 'romanticized' tale of a love affair during those last days of Pompeii. The narrators gave weak performances. At times I am sure that they were doing impressions of characters from a TV show.
Really disappointed as I was looking forward to an exciting 'listen'.
On the upside, if you enjoy romantic historical
novellas this may be for you.