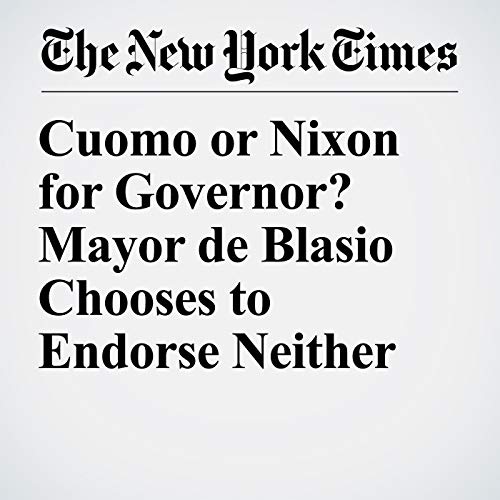 Cuomo or Nixon for Governor? Mayor de Blasio Chooses to Endorse Neither

For months, Mayor Bill de Blasio has ducked questions about whom he would endorse in the Democratic primary for governor. Would he back Gov. Andrew M. Cuomo, with whom he has carried on a bitter feud — or Cynthia Nixon, the actress who was an early supporter of his mayoral campaign and is a close friend?On Saturday, he finally gave an answer: neither.

"Cuomo or Nixon for Governor? Mayor de Blasio Chooses to Endorse Neither" is from the September 08, 2018 U.S. section of The New York Times. It was written by William Neuman and Jeffery C. Mays and narrated by Kristi Burns.