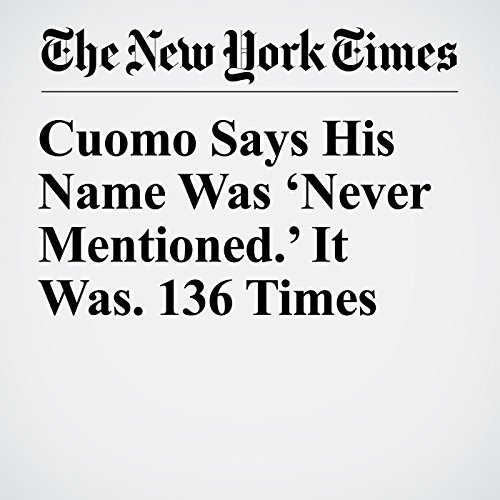 ALBANY, N.Y. — Shortly after last week’s conviction of Joseph Percoco, once one of Gov. Andrew M. Cuomo’s closest friends and aides, on charges of soliciting and accepting more than $300,000 in bribes, the governor was asked whether he felt the federal trial might reflect badly on him.

"Cuomo Says His Name Was ‘Never Mentioned.’ It Was. 136 Times" is from the March 18, 2018 U.S. section of The New York Times. It was written by Jesse McKinley and narrated by Keith Sellon-Wright.